Lägg till i din kalender

The speaker will present evidence that there is a global green transition under way – but contrary to popular perception it is not driven by the United States, the European Union or Japan.

Mathews argues that it is China that is driving the green transition, and very much for its own reasons of enhancing its energy security (based on the fact that renewable devices and batteries are all products of manufacturing) and cleaning up its deteriorating urban environment. As China builds its own renewable energy and circular economy infrastructure, to enhance its own energy and resource security, it drives down costs worldwide – and creates vast new business opportunities everywhere. The speaker’s subsidiary argument is that if China were to continue with fossil fueled 'business as usual' then it would face insoluble crises involving oil wars, terror and geopolitical entanglements that could be avoided by going for renewable energies and recirculated resources via Circular Economy and “urban mining”; the speaker calls this the 'real' geopolitical limits to growth in China, not the physical limits discussed ever since the Club of Rome report. China is extending this domestic clean energy strategy out to 60-plus other countries linked by the Belt & Road Initiative and the lending policies of the Asian Infrastructure Investment Bank. The speaker’s argument has current added resonance given the ascendancy of President Trump in the United States. By driving the United States towards fossil fuels and away from renewables, he will effectively allow China to assume world leadership in the emerging energy industries of the 21st century.

For the past 20 years John Mathews was a Professor of Strategy at Macquarie Graduate School of Management, Macquarie University, in Sydney, retiring from active teaching in 2018. In 2018 he was appointed as Professor Emeritus at Macquarie University, tenable in the Faculty of Business & Economics. From 2009 to 2012 he held concurrently the Eni Chair of Competitive Dynamics and Global Strategy at LUISS Gardo Carli University in Rome. He has specialized in catch-up strategies of firms and countries in East Asia, publishing widely in this field. For the past several years Professor Mathews has focused on the greening of industry with an emphasis on the role of China. His article, “Manufacture renewables to build energy security” was published in Nature in September 2014 (coauthored with Hao Tan). In 2015 his book, Greening of Capitalism: How Asia is Driving the Next Great Transformation, was published by Stanford University Press. In 2016 Prof Mathews and Dr Tan published a second article in Nature, on China’s circular economy and its lessons. The year 2017 saw publication of Professor Mathews’ latest book, Global Green Shift, by Anthem Press in London (http://www.anthempress.com/global-greenshift-pb), with a web page created for the book: www.globalgreenshift.org  In July 2018 Professor Mathews was awarded the biannual Schumpeter Prize in recognition of his work and most recent book. 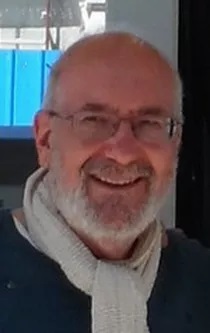